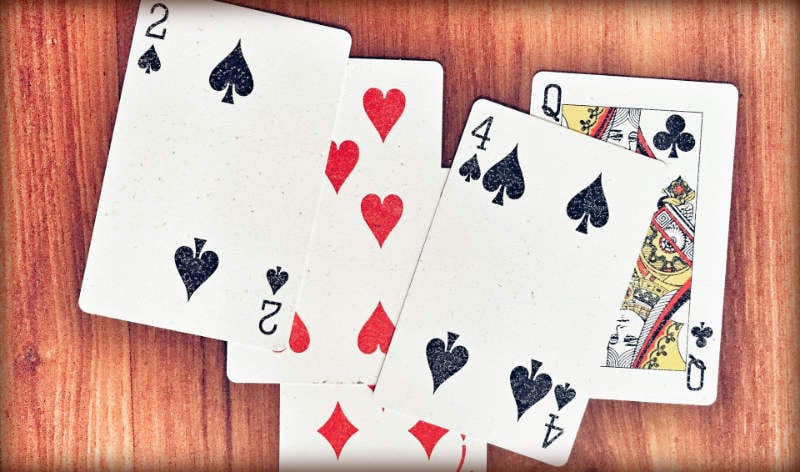 Tarot cards and playing cards have some major differences, but they have enough in enough in common to make a reading possible.

When we read tarot with playing cards, what we’ll be doing is basically a Minor Arcana-only tarot reading.

The 56 cards of the Minor Arcana are divided into 4 suits, and are roughly equivalent to the 52 cards in a deck of regular playing cards.

So, big picture: When we read tarot with playing cards, what we’ll be doing is basically a Minor Arcana-only tarot reading.

The most obvious difference between the Minor Arcana of tarot cards and regular playing cards is that the 4 suits are somewhat different.

Playing-card suits are of course: Hearts, Clubs, Diamonds and Spades.

If you’re already familiar with tarot reading, the above table may be all you need. It’s almost enough to jump right in and start reading tarot with playing cards.

Except one tricky problem.

The difference is that tarot decks have an extra court card, the Knight.

But, for reasons we’ll get to in a minute, we’re going to promote the Jacks to Knights.

So to make this work we’re going to have ignore the poor Pages from our reading.  Sorry, Pages. You’re out. 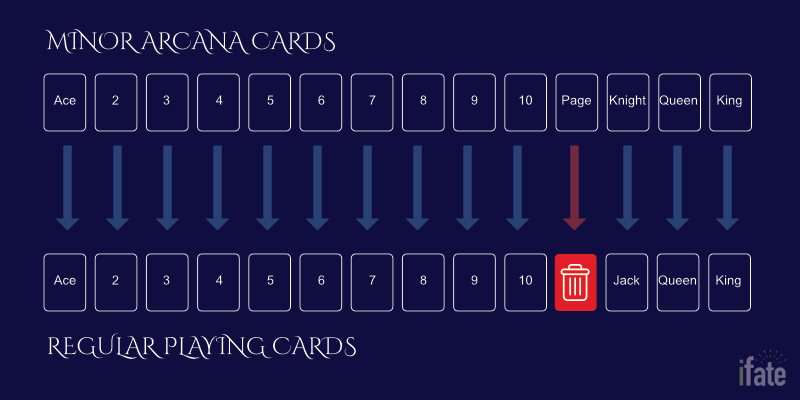 Page or Knight? Who gets cut?

Since playing cards have three royals or “court cards” per suit, and tarot cards have four, we have to lose one Minor Arcana card when reading tarot with playing cards. In the above chart, we obviously chose to give the Pages the boot. You might be wondering, “Why not convert Jacks to Pages instead, and kick out the Knights?”

You can. This choice is up to you.

Logically speaking, this isn’t a terrible idea. It can be argued that the concept of a “Jack” is closer to a Page. Centuries ago, the Jack card was also known as a “Knave card”, or a “Valet card” — both of which are closer to “Pages” than “Knights”. So there’s a good argument for reading your Jacks as Pages if you want to.

On the other hand, in vintage 17th century European cards, the Jacks were frequently portrayed as valiant warriors, who were much closer to the concept of Knights. Here are two old French playing cards as an example: 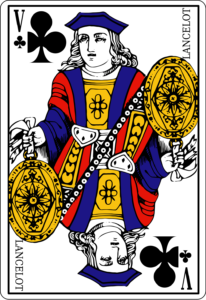 The Jack of Clubs featured the famous knight, Lancelot 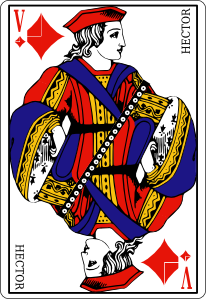 The Jack of Diamonds featured the Greek warrior Hector

So by that measure, Jacks are closer to Knights.

The choice of how to translate between the tarot and playing card decks is up to you. I think a good reason to read the Jack playing cards as tarot Knights is that Knight cards tend to be much more important cards in a tarot deck. So, it’s nice to preserve the Knight card meanings when doing a playing card tarot reading.

So, no Major Arcana when reading tarot with playing cards?

As discussed above, you won’t be using the Major Arcana when reading tarot with playing cards, but there is one exception: The Joker card does make an excellent Fool card.

So you can optionally keep one Joker card in the deck and have at least one Major Arcana card in your playing card tarot reading. 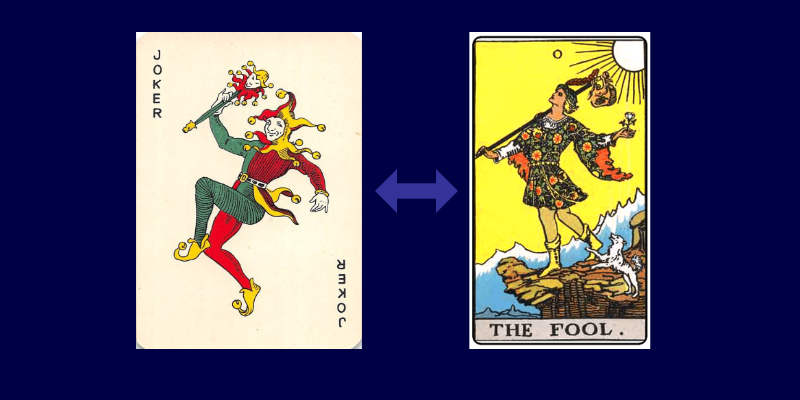 Now that we have our system set up, you’ve probably already figured out how to read tarot with playing cards. Use the table below to look up the tarot meaning for each regular playing card.  Click the highlighted links for more information about the corresponding tarot meaning.

The first thing to do is shuffle your cards. Remember to meditate on your tarot question while shuffling.  It may help to lower the lights and get in the mood, and mentally connect to the Universe.

You can ask simple questions and draw single playing cards. After drawing each card, check the list above to find the tarot card equivalent for each playing card.

For more complicated questions, and deeper insight, it’s a good idea to use a layout or a tarot card spread.

Tarot reading with playing cards, yes or no

For quick tarot questions, like yes or no questions, there are two ways to go:

For more serious questions, you’ll probably want to look up the tarot meaning of each playing card, but if you’re in a hurry, the red/black method is always an option.

The tarot spreads you’ll use when reading with playing cards are more or less the same as the spreads you would create with a normal tarot deck.

But because the deck is smaller, it’s probably a good idea to stick with relatively simple three card tarot readings, like the Past, Present and Future spread or Situation, Action, Outcome.

If you’re not familiar with the concept of tarot spreads, they’re very simple: Each card in your playing card layout has a different meaning, and applies to a different facet of your question.

Is reading tarot with playing cards a real tarot reading?

Well, no. It’s good in a pinch, but a major part of tarot insight comes from the 22 Major Arcana cards, which aren’t a part of any playing card tarot reading (except the Fool card if you have a Joker handy).  While there’s plenty of wisdom and insight to be had in the Minor Arcana cards, it’s more of “lite” tarot reading.

Of course, if you find yourself without a deck of tarot cards and you’re in need of a tarot reading, may I suggest iFate’s award-winning web-based free tarot readings? 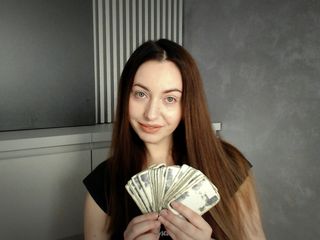 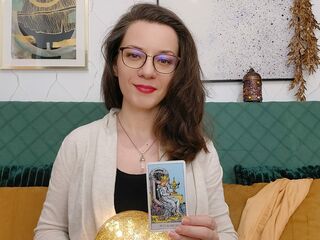 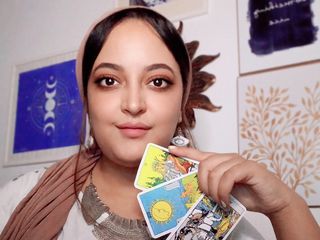 10,470 readings
This is holly, experienced oriental psychic for 15 years! I use tarot, astrology and numbers for ...
watch livestream