In the study of numerology, the 9 single-digit numbers from 1 to 9 form the primary “elements” of the Universe. Of these, the meaning of the number 1 in numerology is among the most important and profound.

1 is the most primary of all the single-digit numbers. It signifies all the raw power of universal truth. It is the singularity. It is the genesis of all things, and a primary building-block of the Universe.

The number 1 is both simple and complex. It occupies a special, singular place in numerology —and can mean different things depending on where it appears. In nature, 1 is all around us. During an average day it will appear both powerfully and subtly in thousands of places. In a name numerology reading, it is a number which demands attention, and often influences or overshadows neighboring numbers with its strength.

1 is the most primary of all the single-digit numbers. It signifies all the raw power of universal truth. It is the singularity. It is the genesis of all things.

Understanding how the number 1 relates to people, places, situations and the Universe at large is core to the study of numerology.

In this article we’ll take a deep-dive into the spiritual significance of core numbers, and reveal the multiple dimensions that exist deep within the number 1. Let’s get started.

Traits of the number 1 in numerology

The four primary traits associated with the number 1 in numerology are:

Weaknesses of the number 1 in numerology

After reading the positive traits above, it would be easy to start thinking the number 1 is the superstar of the numerological universe. The truth is, all that singular one-ness, comes with some downsides. Here are the weaknesses of the number 1:

How does the numerology number 1 apply to you?

But how do these personality traits apply to you? For that we’ll need to examine the core numbers: 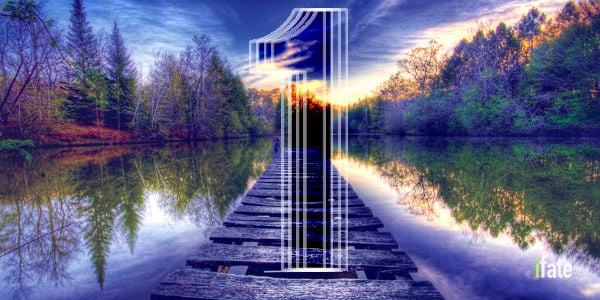 The Life Path number 1 in numerology

A Life Path is derived from your date of birth, including your birth year. While horoscopes care only about the date of the year, a Life Path number takes into account the year of your birth date as well.

A person born with a Life Path 1 is a natural leader. They have an aura of independence, self-reliance and confidence. They are natural risk-takers, and are not afraid to blaze new trails as they search for new solutions and new experiences.

When faced with problems and obstacles in life, the Life Path 1 will either come up with creative approaches to get around the problem, or they’ll focus on the issue with extreme determination and resolve until the problem is solved. As such, Life Path 1’s have strong leadership qualities and a mindset to be entrepreneurs or successful self-employed people.

Are there downsides to the Life Path number 1 personality?

When it comes to the personal lives of those born under a numerological Life Path 1, all that independence and self-competence can cut both ways: Relationships are typically not at the top of the list for these independent self-starters. They’re comfortable in their own skin, and genuinely like being alone for long stretches of time. In some Life Path 1’s, this can sometimes lead to isolation and “too much alone-time”.

Likewise, the fierce independence of the those born under a Life Path 1 can mean that they unintentionally tread on the feelings and emotions of those around them. They can become so focused and preoccupied with their own mission, that they forget to consider the emotions and ambitions of those around them. Their strong personality and leadership skills can sometimes come off as self centeredness.

Lastly, the Life Path 1 can sometimes become riddled with self-doubt. All that determination, focus, ambition, self-confidence and capacity can sometimes give way to crushing moments of self-questioning and uncertainty. While these moments typically pass, they are core to the character type of the Life Path 1.

The Life Path number 1 indicates a personality type filled with inner drive and focus. They are filled with self-confidence, ambition and forward energy. Needless to say, driven people can be a lot to deal with in a relationship, and it takes a special kind of person to augment, love, and (at times) tolerate those born under a Life Path 1.

Generally speaking, a compatible personality type is not another number one, but there are exceptions to that rule. Two Life Path number 1’s in a relationship can often pull in different directions, and step on each other’s toes. However, if you can both manage to align your interests and your goals, this coupling can be extremely powerful and successful. Needless to say, that’s often easier said than done. 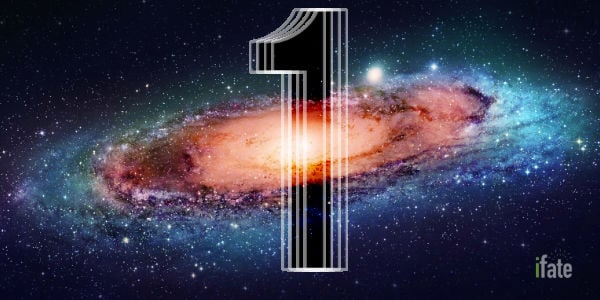 The Destiny number 1 in numerology

Our names have powerful influences throughout our lives. They resonate with strong linguistic and cultural overtones, and the name we are given can have profound subconscious influences not only on ourselves, but on the people around us who use our name and react to it in their own unique ways.

Unlike the Life Path number which describes aspects of our personality, the Destiny number guides us and gives insights into our ultimate destination, and the decisions we make.

The number 1 and career

The Destiny number 1 typically indicates a high level of career performance. It is not unusual for those with a Destiny Number 1 to be CEO’s or occupy other top positions. Alternatively, they may decide to “go it alone” and excel in their own companies, businesses and start-ups.

The number 1 in marriage and relationships

If that seems like a bit of a contradiction, you’re not wrong. A Destiny number 1 can be both fiercely loyal and protective of their relationship and preoccupied with work and other goals at the same time. They’re not the warm-cuddly sort very often, but they are dedicated.

The number 1 and health

A Destiny number of 1 is very often an indication of excellent physical health and a lifelong dedication towards personal fitness. It’s not uncommon to find professional athletes with a Destiny Number of 1. 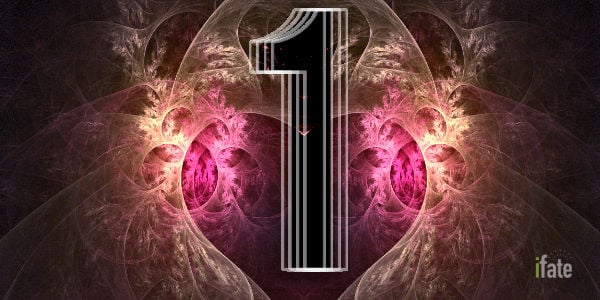 The Soul Urge number 1 in numerology

The Soul Urge number is a somewhat less influential number than the Life Path and Destiny numbers, but it forms a consistent undercurrent to our lives. It indicates our true desire — or the things that bring us inner happiness. The Soul Urge number doesn’t form a personality type, but it does represent a type of drive that never leaves us.

The Soul Urge numerology number 1 is indicative of a person who truly likes to win. Winning may or may not be something that they’re constantly trying to do, but it is something that truly brings a sense of happiness and self worth.

Having a Soul Urge numerology number of 1 often indicates someone who enjoys some form of competition. It can also indicate someone in a competitive field who truly enjoys that aspect of their job.

The Soul Urge number 1 in numerology can at times indicate a negative trait when it comes to arguments and discussions — suggesting a personality type that has a hard time stepping back or admitting defeat.

An Inner Dream number of 1 is indicative of an inner longing to win and to accomplish. It may not be the overriding personality type (Life Path) or Destiny number, but it’s there underneath the surface.

Typically this longing will rise infrequently, but when it does it can be powerful and overwhelming. Those with an Inner Dream of 1 can be the “dark horse” in a competition. They may not seem like they want to win very badly — until they do!

Sometimes the Inner Dream number 1 indicates a passion to win that emerges much later in life. A person may seem content in their life position or with a certain level of accomplishment until something ignites that passion and awakens a fierce competitor.

What does next week hold?

Plan ahead for next week with this easy tarot reading.

You'll examine the people, forces and dynamics which will be important from Monday to Sunday.

690 readings
Hello! I'd like to introduce myself. I am a natural born clairvoyant, providing insight on love and ...
watch livestream
karael